Abbeyfield Houses are retirement homes with a difference. They offer a warm, family-style residence that allows companionship with privacy, security with independence.

The Abbeyfield Housing concept began in England in 1955.  All Abbeyfield Societies, whether international, national or local, operate according to the guiding principles of the Abbeyfield Movement, foremost of which is that older people have an important role to play amongst their families, friends, and in the larger community outside the home.

We are a family-style independent living seniors' residence centrally located in a private setting in a residential area of Saanich on Vancouver Island.  Walking distance to shops, medical center, churches and bus service.

Are you retired and ready to give up the chores of grocery shopping, cooking all your own meals and maintaining a home?

At Abbeyfield you will have more time to enjoy life and none of the stress of house and yard maintenance.  Fresh nutritious meals are prepared daily to support your healthy aging.  And, if your needs increase with time, you may contract with Island Health or other social agencies for supportive care while continuing to reside at Abbeyfield.  Personal care and nursing care are not provided by Abbeyfield staff.

Abbeyfield residents are of diverse backgrounds, and have a common desire to share their experiences and interests in a family-style setting. 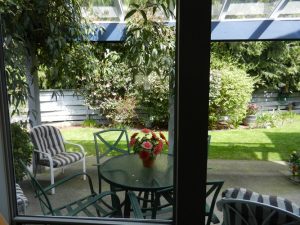 Our home has twelve main floor independent-living private studio suites, each with a 2-piece ensuite and separate entrance onto your own quiet patio surrounded by beautiful gardens.  You furnish your suite with your own belongings, and maintain it as your private home.  Bright spacious common areas including our welcoming living room, sunny dining room, cozy activity room are shared areas and maintained by staff.  A common laundry and two generous walk-in shower/tub rooms complete the main level.  The upper level includes the House Coordinators' private residence and a guest suite for your out-of-town visitors at a very reasonable cost including meals. 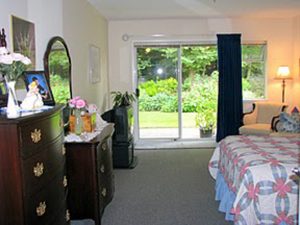 Volunteer Board of Directors

The live-in House Coordinator is responsible for the coordination of the household including food planning and preparation and ensures main entrances are locked.  The House Coordinator has a private residence on the upper floor.